The highest quality shoe repair company in the Bay Area, we can repair, restore, or restyle your shoes, purses, or luggage. Established in 1936, we now can service your needs almost anywhere in the Bay Area. We have established multiple pick-up and delivery locations where you can bring your items to be repaired. We provide fast pick-up and delivery at these locations for your convenience. You can also send your shoes for repair (see services). We also guarantee all our workmanship. Back in 1917, Domenick Maselli came to this country from Italy and settled with his family in Akron, Ohio. Upon setting up shop, Domenick realized this country was more suited for shoe repairing rather than making hand made shoes. There would be better opportunities, as times were tough and most hard working Americans could not afford hand made shoes, they really needed to conserve and have their old shoes repaired. In 1936, as the Maselli family grew, Domenick decided to take his family west for new opportunities. He immediately opened shop in Oakland California. As the generations came of age his third son Vito, while still in high school, opened his first shop also in Oakland in 1941. Through the years Vito found that shoe repair was needed in many other areas. By the late 60's, Vito's empire had branched out throughout the east bay to eight locations. Vito's four sons eventually followed suit and in 1974 Vito asked his third son Ron to become partners with him to ease his burden and start slowing down. Eventually Ron teamed with his brother Domenick and together as the economy dictated, they consolidated and moved headquarters to Pleasanton, California. In 1989 they expanded to complete luggage repair and bridal shoe sales. More importantly, they became Nordstrom's local choice for shoe repair. Today they provide repair services for three Bay Area Nordstrom's Bloomingdales and a number of dry cleaners. The future looks great and as the Maselli tradition lives on, they begin their 79th year serving the bay area. Maselli brothers also have two key employees Gary and Matt, who are both 2nd generation cobblers as well. Multiple Drop Off Points. With Various Drop Off Points. Including 6 Nordstrom Stores in the East Bay & Peninsula, there should be One Close to You. Fast Service. We can make most repairs to meet your schedule. Top Quality. Only materials of the Highest Quality will be used to repair your shoes. Experienced and Professional. Maselli Bros. has been repairing shoes for 4 generations. Modern Repair Methods. High-Tech Machinery is used to repair your Shoes, Purses & Luggage "We will be Happy to Call You Personally to Discuss Your Needs."

Thank you for uploading your photo of this business!
Close 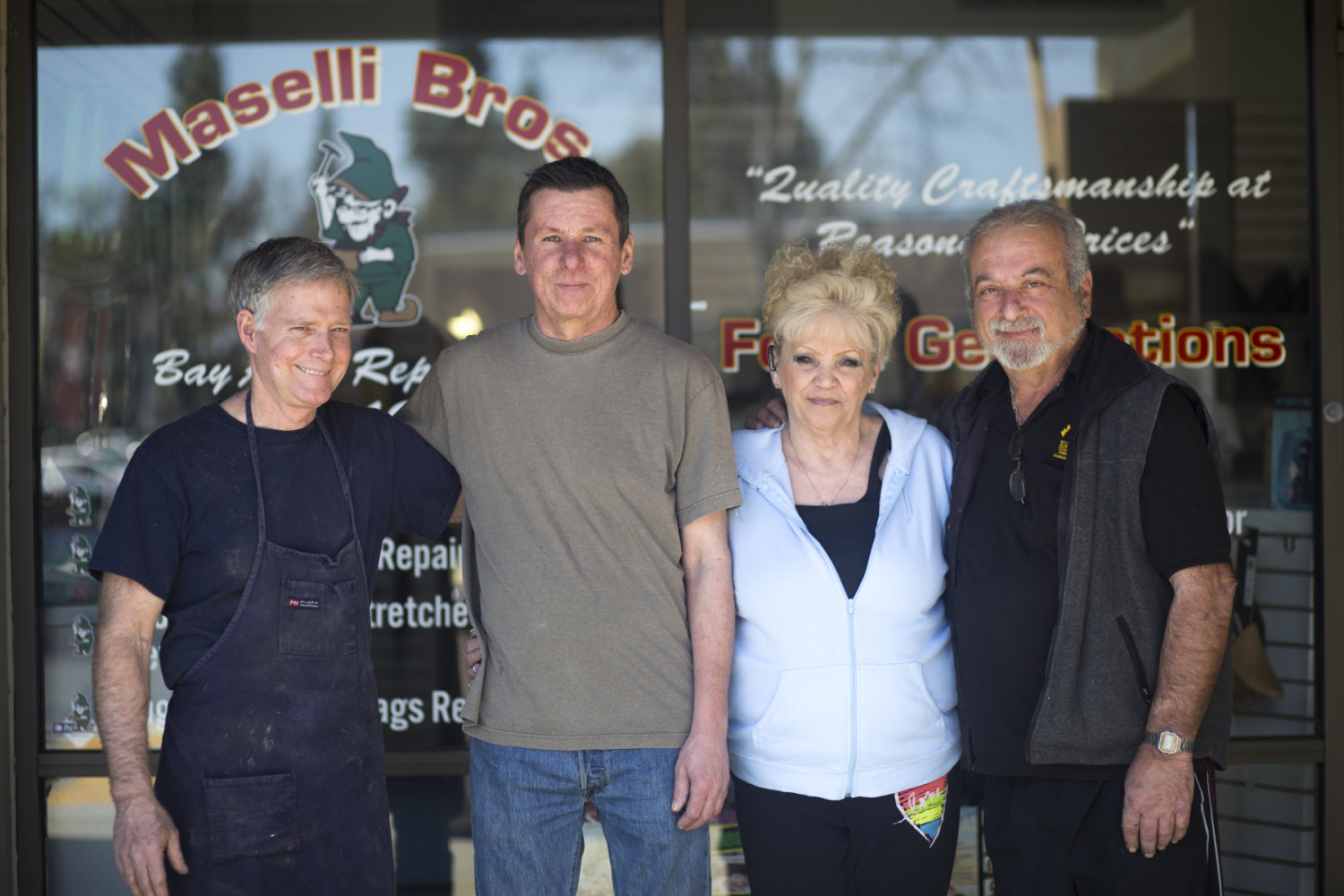